How to Raise a 300-Pound Daughter

Want to raise an overweight daughter? Here’s a list of 7 parenting decisions that can help make it happen. 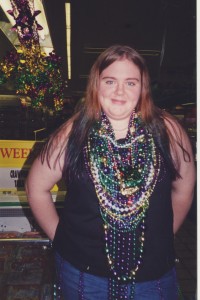 How do you raise an overweight daughter? If this were a sweet message with a surprise hook, the two-word answer would be “with love.”

Instead, this particular post is a list of some of the factors that sent me sailing over the 300-pound mark long before I was old enough to vote.

My grandmother watched me in her tiny Queens apartment while my folks worked. She was big into soap operas and talk shows. The television was always on, so we chatted during commercials, mostly about Susan Lucci’s tiny waist and how sad it was that Oprah couldn’t keep the weight off.

Whatever children see and hear repeated most often creates their internal dialogue. If we could raise my grandmother from the dead and ask her what ideas she had hoped to pass to me, I believe she would say something like “love of family” and “self-respect.” Sadly, that stuff didn’t come up much in daytime TV, or during the commercial breaks. What did come up a lot were criticisms and judgments of women’s weight, beauty, and sex appeal.

The stronger choice: Limit TV time, and talk to your kids actively and often about what’s important. 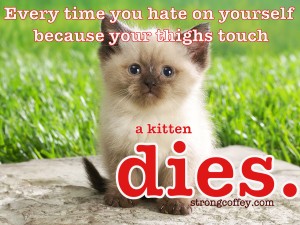 My family was quick to tell me I should exercise, that I should order the healthiest thing on the menu, and that I should not go back for seconds. Instead of taking those suggestions, I did what I saw them doing.

For better or worse, we learn how to be people in the world by watching and emulating the folks that raise us. There are no guarantees, but active parents who consistently eat well are much more likely to pass those habits to their kids. Parents who toss around shoulds without teaching by example are more likely to pass on guilt, self-resentment, and self-sabotage.

The stronger choice: Teach healthy living by living healthy. Are you overwhelmed at the idea of ‘getting healthy’? Afraid you’ll fail if you try? Start HERE, free.

My peeps were always giving me advice they thought would help me lose weight: 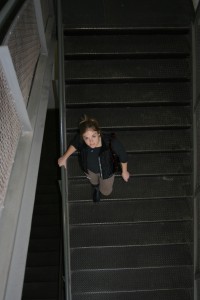 Today I take the stairs because it feels good, not because I ‘should.’

Easy-to-package-and-communicate “weight loss solutions” are as useless as they are popular. No one has ever lost a significant amount of weight — and happily, healthily kept it off — thanks to suggestions like these. With few exceptions, obesity is a symptom of a lifestyle that involves using food to mediate stress. Just taking the freaking stairs doesn’t do squat but inspire shame, frustration, and hopelessness when it doesn’t “work.”

The stronger choice: Get clear on the facts so you can pass them on. (Pro tip: Weight loss can only be happily and healthily achieved and sustained if the “loser” derives Deep Pleasure from the myriad significant changes she needs to make to get there. Period.)

My caretakers made lots of commitments. They’d vow to eat healthier or exercise, do it for a while, come up against a challenge or a series of challenges, and quit. This taught me that commitments — at least around health and weight loss — were a set up for failure and that only folks with tons of money and no stress were capable of following through on their commitments consistently.

Intentional change invites significant challenge, guaranteed. Each time we make a commitment, we get the chance to face every obstacle that’s ever taken us down in the past, and then some. For our own sanity and success, we have to assume that all the shit will hit all the fans. Once we accept that, then we’re empowered to find and use the tools we need to be able to stay on course and get back on course after a slip.

The stronger choice: Anticipate obstacles so you can set yourself up for success. Give yourself as many chances to start over as you would want your kid to take.

There was a thin wall between my folks’ and my grandparents’ apartments. My folks would fight and, the next day, Grandpa would get me a special treat. Twinkies from the candy store on 30th Avenue. A vanilla butterscotch sundae from the Carvel on Steinway. Big League Chew and a Coke from the hobby shop. It was his way of cutting me some slack and making me smile. As I got older, when things were slightly less than perfect, 2 I ate junk. 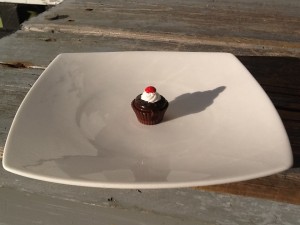 It’s natural to want to soothe our kids’ hurts quickly, and yummy treats are an easy way to get the job done. And I think it’s OK to do sometimes. But if sugar is the card we play every time we want to bring a kid some relief, we may be setting them up for way more pain than the pain we’re trying to relieve.

The stronger choice: Save the treats for genuinely special occasions; give kids the chance to blow off emotional steam by letting them take the lead on conversations and shared, preferably intense, physical activities.

From the time I was 7, my mother wanted to keep my snacky step-dad happy. She also wanted to keep me from gaining any more weight. In service to him, she filled the kitchen with enough ice cream, chips, cookies, and pasta to sink the Titanic. In what she imagined was service to me, she told me I wasn’t allowed to touch any of it.

Of course, that didn’t stop me. 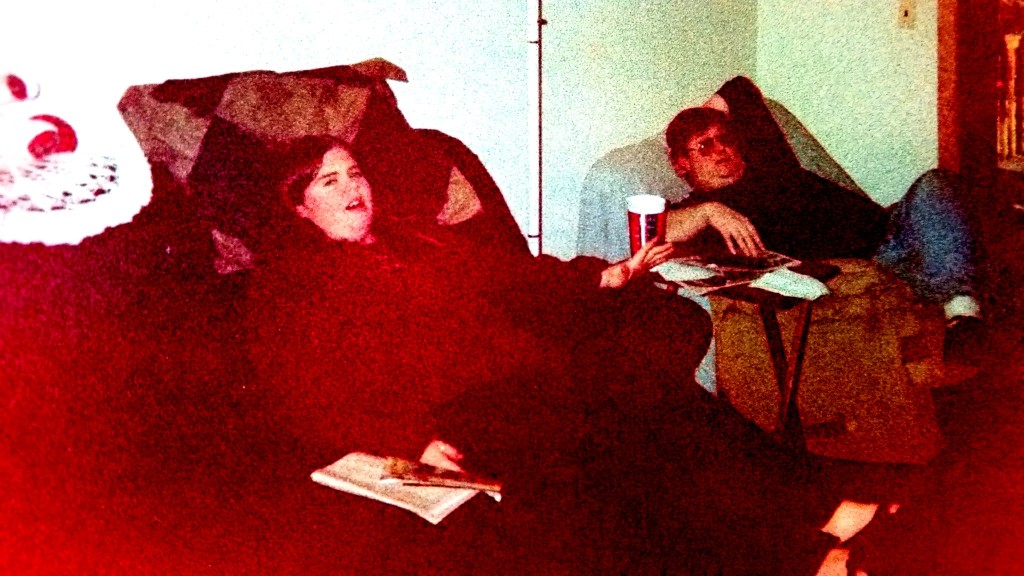 To avoid getting punished, I learned to sneak. I’d eat not just a spoonful of ice cream, but an entire layer off the top of the half gallon container, careful to leave the remaining surface identical to the surface I’d found.

The stronger choice: If you believe something is no good for your kid, consider keeping it off-site (if you need to keep it at all).

In grammar school, I played on two teams: volleyball and softball. By the time I got to high school, I had zero interest in chumming it up with my peers in organized sports.

And so began a 10 year period when I did not move unless I absolutely had to.

Team sports are attractive because they make our kids part of something, they teach them new skills, and they do it all without asking too much from us. 4

But what happens when school and camp are over and they grow up?

Once kids leave school, team sports are hard to orchestrate and commit to. Kids who develop a love of activities that can be done more spontaneously and solo, like bike riding, jogging, weight-lifting, and hiking, are more likely to stay active into adulthood, to have better habits, and better overall health.

The stronger choice: Encourage solo activity at least as much as you encourage group sports. (Pro tip: The easiest and most effective way to do this is to teach by example. See #2.)

What if you’re a parent who’s already making strong choices? What if you are a loving, patient, educated person modeling healthy behavior and your young daughter happens to be overweight or obese? If that’s the case, relax. You’re doing a great job. You’re giving your precious daughter the capacity to love herself as she is and the ability to take genuinely good care of herself and her body — arguably the most important gifts any one of us could ever possibly give a child.

Keep up the good work. 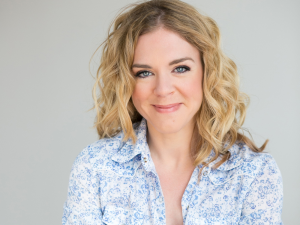 If your daughter ever decides she would be more comfortable weighing less — or making any other significant life changes — she will likely have the internal resources, the support, and the sense of self-love and empowerment she’ll need to do what she needs to do to make it happen. Best of all, she’ll have the self-respect to make those changes — and keep making her own strong choices — in ways that feel best for her… in ways that bring her Deep Pleasure.